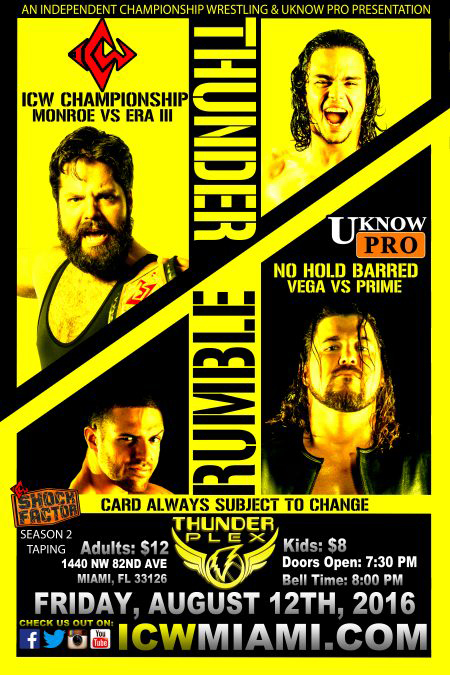 Q-ba Libre was victorious in his comeback match against John Beaver. After the match, Movement 726 made their way to the ring. They attempted to attack Q-ba Libre & referee Teddy Khan. Libre & Khan together were able to take out their opposition.

Angel Rose defeated the debuting Jon Cruz from the LWO. All fans in attendance were claiming this was the show stealing match of the night. Some even said it was the best match they’ve ever seen live.

Angel Rose was victorious in the 20 Person Battle Rumble. She will now face ICW Champion Mike Monroe at LuchaFest IV.